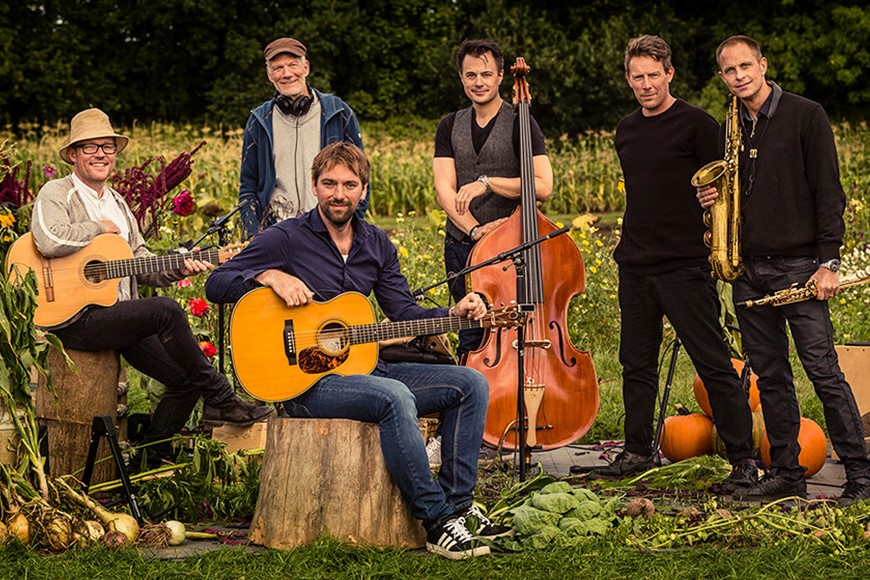 The famous jazz musician Chris Minh Doky and his marvelous band will do a unique concert on the occasion of Copenhagen Cooking & Food Festival. They will join forces with Søren Ejlersen - a food entrepreneur, writer, businessman, gardener, chef and much more.

Magic Plants is a different concert where the tones of music are experienced in loving interaction with nature's own organic rhythms and together create a sensuous and musical experience for the listening ear.

The concert is accompanied by stories that are based on songs such as "Compost", "Biodiversity" and "Photosynthesis" - told by Søren Ejlersen and colored by the Minh Dokys music. Selected songs from Minh Doky are also played.

Søren Ejlersen plays on his Swedish acoustic Levin, with Chris Mihn Doky on double bass, Pelle's bamboo leaves in the saxophone and Anders and David have folded percussion with pumpkins, root vegetables and all other green.

We have recorded the compost and the crackling wet cabbage and corn in the field and put chords and notes to it all, with a jazz and Nordic tone and thread. A tribute to the plant world, as well as to the incredible but natural mechanisms one can call the world's lungs and edible wonders.

The concert will be held at BaneGaarden, as a new urban oasis in Copenhagen with planned opening in August. BaneGaarden is located in 9 old wooden barns, originally built by the national train company, but now they are being transformed into an organic narnia in the middle of the city.

You can buy a ticket for the concert for DKK 250. For DKK 200 extra you get a delicious green menu, which you can enjoy in BaneGaarden's beautiful surroundings before the concert.